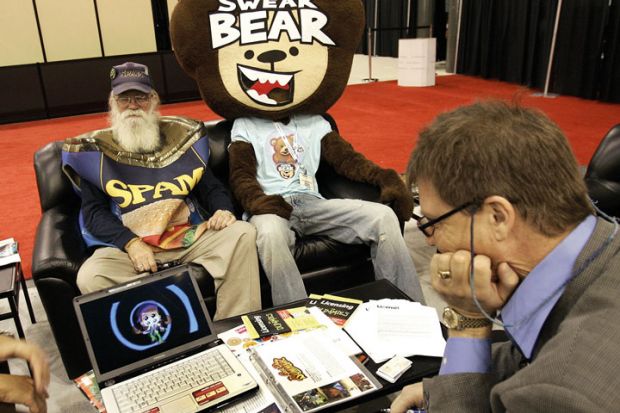 A New Year’s resolution worth keeping: Say “NO” to spam

Recent studies have shown the huge impact that spam emails from predatory journals have on academics’ workflows. Simon Linacre argues that, far from being harmless, they contribute to a wider malaise in academic life.

If I said I have a New Year’s Resolution that could save everyone who reads this blog hundreds of dollars in time and effort, as well as enrich everyone’s lives, would you be interested in joining me? There is no catch, no trick, but there is a small degree of effort involved. And it is quite simple – just open up every email unsolicited email you receive and either block it or unsubscribe. Your life will improve as a result, guaranteed. But will such a straightforward, if humdrum, task really make such savings? Well, two recent studies show that the total cost to academia of spam emails is vast. Firstly, this week’s Times Higher Education (THE) reports on a new study that estimates the time wasted on opening and deleting spam emails, typically ones from predatory journals, is equal to $1.1bn – and this rises to over $2bn when all spam email is included.  They arrive at this figure using the following methodology: take an average figure for the number of targeted spam emails academics receive each day from a number of prior studies (which is around five); estimate that each academic spends five seconds dealing with every email; assume the average academic earns $50 an hour; multiply by the number of academics in the world according to the United Nations. It may sound a bit like a back-of-a-napkin calculation, but for many academics, the number of emails and time to sift through them may seem significantly undercooked. Another study published in the British Medical Journal (BMJ) looked more specifically at the impact of emails received from predatory journal publishers by career development grant awardees. This study found that academic spam emails (or ASEs) were a significant distraction for academics and that there was an urgent need to mitigate the problem. The results from a survey of grant awardees showed that almost 90% had a spam filter turned on, but around half said they received up to 10 spam emails a day, with fully 30% estimating they received between 11 and 20.  Some unsolicited emails may of course be legitimate, and can be blocked, while others are a result of individuals at some stage signing up to receive emails, usually to gain access to something or when making a purchase. Emails from law-abiding sources such as these can be stopped – it just takes a little time. As can those purchases from Amazon, Gap or Ebay where we have used our work email only to suffer a permanent slew of special offers (don’t worry, we’ve all been there). In these cases, our New Year’s Resolution can indeed help cut down the time spent on email and make more time for more meaningful pursuits. However, as the THE piece points out, there is very little academics can currently do to stem the tide of spam from predatory journals. All we can do is become more savvy in identifying them quickly, choose not to open them and delete straight away. And in the meantime, hope that someone invents a spam filter that genuinely screens ASEs out and doesn’t send important emails from your Dean to your ‘junk’ folder.