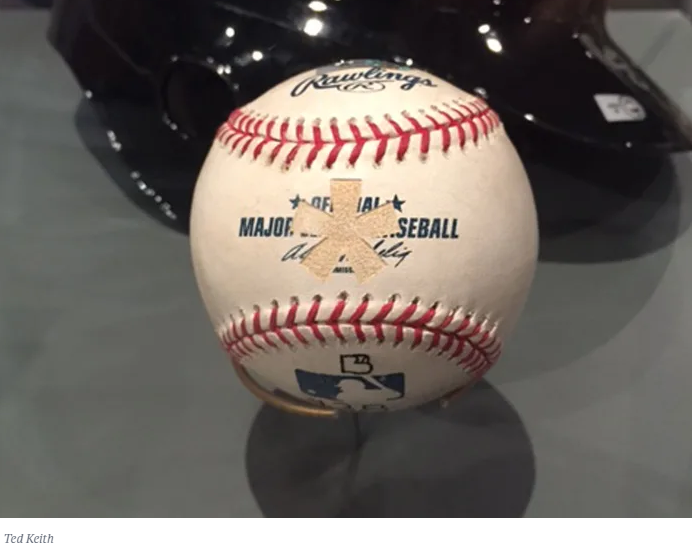 Are predatory journals to academic publishing what PEDs are to Major League Baseball?

The 2021 Major League Baseball season is underway and for fans everywhere, the crack of the bat and pop of the mitt have come not a moment too soon. America’s ‘National Pastime’ is back and for at least a few weeks, players and fans for all 30 teams have reason to be optimistic (even if your team’s slugging first baseman is already out indefinitely with a partial meniscus tear…).

In baseball, what is known as the “Steroid Era” is thought to have run from the late ‘80s through the early 2000s. During this period, many players (some for certain, some suspected) used performance-enhancing drugs (PEDs) which resulted in an offensive explosion across baseball. As a result, homerun records revered by generations of fans were smashed and rendered meaningless.

It wasn’t just star players looking to become superstars that were using PEDs, it was also the fringe players, the ones struggling to win or keep jobs as big league ball players. They saw other players around them playing better, more often, and with fewer injuries. This resulted in promotions, from the minor leagues to the major leagues or from bench player to starter, and job security, in the form of multi-year contracts.

So, there now existed a professional ecosystem in baseball where those who were willing to skirt the rules could take a relatively quick and easy route to the level of production necessary to succeed and advance in their industry. Shortcuts that would enhance their track record and improve their chances of winning and keeping jobs and help build their professional profiles to ‘superstar’ levels, greatly increasing compensation as a result.

Is this much different than the situation for researchers in today’s academic publishing ecosystem?

Where some authors – called “parasite authors” by Dr. Serihy Kozmenko in a guest post for The Source – deliberately “seek symbiosis with predatory journals” in order to boost publication records, essentially amassing publication statistics on steroids. Other authors, those not willing to use predatory journals as a simple path to publication, must operate in the same system, but under a different set of rules that make it more difficult to generate the same levels of production. In this situation, how many authors who would normally avoid predatory journals would be drawn to them, just to keep up with those who use them to publish easily and frequently?

At academic conferences, on message boards, and other forums for discussing issues in scholarly communication, a familiar refrain is that predatory journals are easy to identify and avoid, so predatory publishing, in general, is not a big problem for academic publishing. While there is some level of truth to the fact that many, though not all, predatory journals are relatively easy to spot and steer clear of, this idea denies the existence of parasite authors. These researchers are unconcerned about the quality of the journal as they are simply attempting to publish enough papers for promotion or tenure purposes.

Parasite authors are also likely to be undeterred by the fact that although many predatory journals are indexed in platforms such as Google Scholar, articles published in these journals have low visibility due to the algorithms used to rank research results in these engines. Research published in predatory journals is not easily discovered, not widely read, and not heavily cited, if at all. The work is marginalized and ultimately, the reputation of the researcher is damaged.

There are many reasons why an author might consider publishing in a predatory journal. The ‘publish or perish’ system places pressure on researchers in all career stages – how much blame for this should be placed on universities? In addition, researchers from the Global South are fighting an uphill battle when dealing with Western publishing institutions. Lacking the same resources, training, language skills, and overall opportunities as their Western counterparts, researchers from the developing world often see no other choice but to use predatory journals (the majority located in their part of the world) to keep pace with their fellow academics’ publishing activity.

To a large degree, Major League Baseball has been able to remove PEDs from the game, mostly due to increased random testing and more severe penalties for those testing positive. Stemming the flow of predatory publishing activity in academia will not be so straightforward. At the very least, to begin with, the scholarly community must increase monitoring and screening for predatory publishing activity (with the help of resources like Cabells’ Predatory Reports) and institute penalties for those found to have used predatory journals as publishing outlets. As in baseball, there will always be those looking to take shortcuts to success, having a system in place to protect those who do want to play by the rules should be of paramount importance.