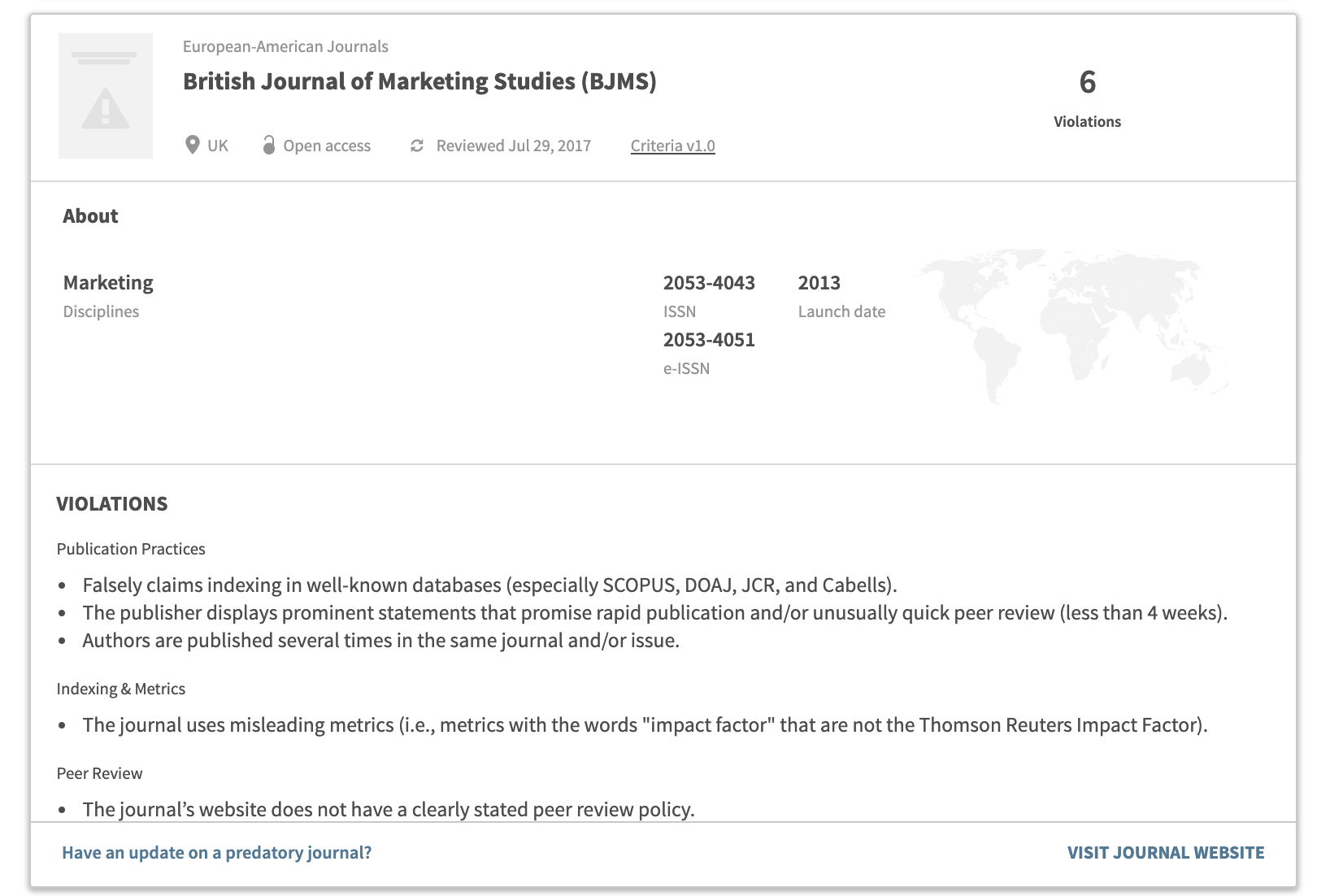 In March of this year, a US federal court ordered OMICS International to pay over $50 million in damages stemming from a 2016 lawsuit brought by the Federal Trade Commission (FTC), the first such action against a ‘predatory’ publisher.  The FTC was moved to act against the Hyderabad, India-based open access publisher and its owner, Srinubabu Gedela, after receiving a multitude of complaints from researchers concerning several systematic fraudulent practices.

In April we wondered if this decision would be more than a public record and condemnation of OMICS’ practices, but also act as a deterrent to other similar operations. Stewart Manley, a lecturer for the Faculty of Law at the University of Malaya, has gone deeper in examining this topic in two recent articles: “On the limitations of recent lawsuits against Sci‐Hub, OMICS, ResearchGate, and Georgia State University” (subscription required) featured in the current issue of Learned Publishing, and “Predatory Journals on Trial: Allegations, Responses, and Lessons for Scholarly Publishing from FTC v. OMICS” from the April issue of Journal of Scholarly Publishing (subscription required).

Mr. Manley was also recently interviewed for Scholastica’s blog where he addressed several key questions on this topic and felt that other questionable publishers will likely not be deterred if OMICS wins on appeal or simply refuses to comply with the order. He also lays out the key takeaways from FTC v. OMICS for publishers, academics, and universities.

Despite the hits OMICS has taken in actual court and in the court of public opinion, with an appeal in the offing, the final outcome of this matter is still to be determined. Additionally, as Mr. Manley points out in his Q&A, enforcing a judgment such as this is difficult, especially when the defendant is from a foreign jurisdiction. OMICS has yet to comply with the order and there is little reason to believe they ever will. We will continue to monitor this case and will provide updates as they become available.

Word of the Federal Trade Commission’s $50 million court judgment against OMICS International and its owner, Srinubabu Gedela, has reached all corners of the academic community. While there is no question this is a step in the right direction, there is little reason to believe this will do much to slow the growing problem of predatory publishing.

The victory for the FTC was a decisive one, with the court granting a summary judgment – a decision without the need for a trial as no material facts were in dispute – and the message is clear: OMICS International is running a scam operation and the damage is real and impactful. If there are still those in the scholarly community who doubt the severity of the problem of predatory publishing, perhaps this judgment will convince them of the magnitude of the issue and the need to deal with it in a proactive manner. 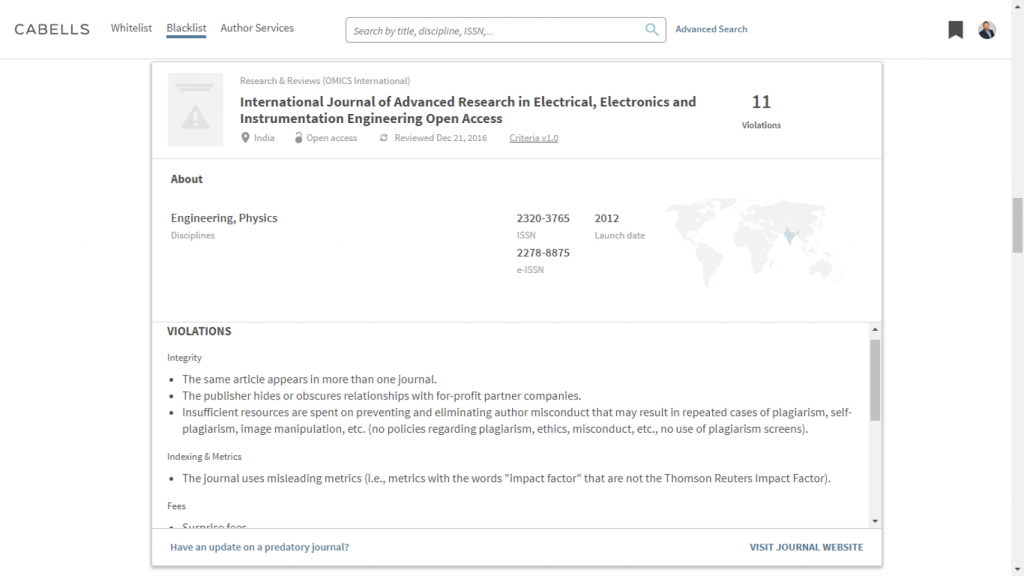 While OMICS is the largest predatory publishing operation – there are currently 768 OMICS journals listed on Cabells’ Journal Blacklist – it is simply the most ravenous shark in a sea of predators. If/when OMICS actually halts their fraudulent operations – they are expected to appeal the decision – the vacuum created will quickly be filled by any number of bad actors looking to capitalize and snatch up the revenue that is now presumably up for grabs. 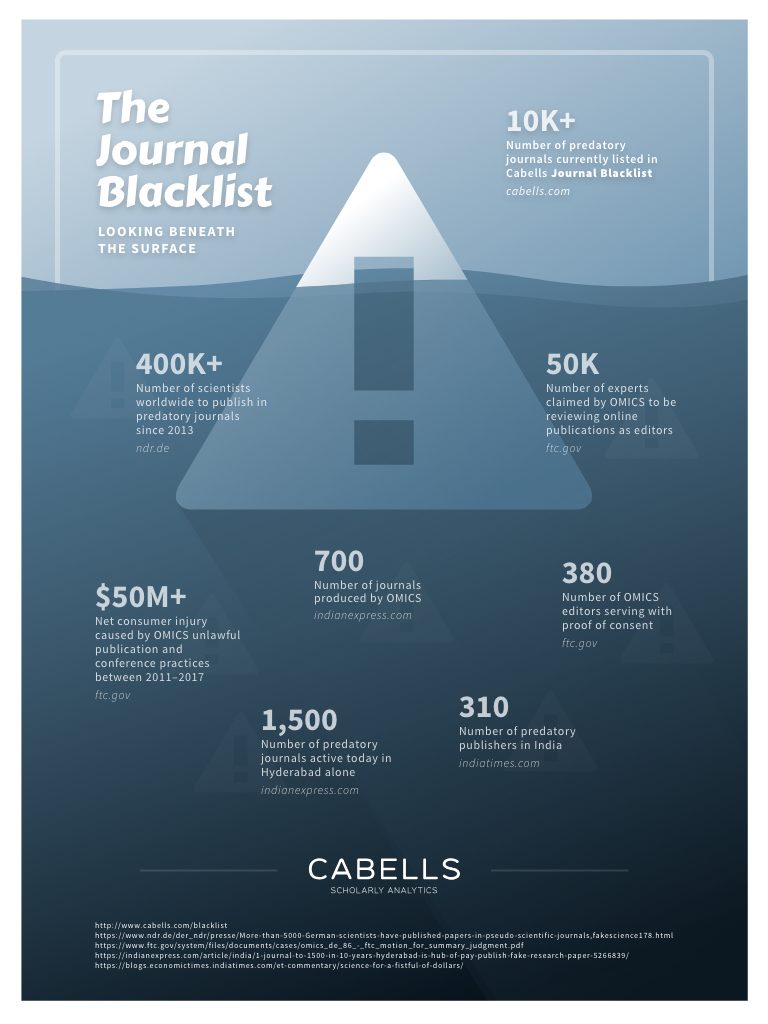 Fundamentally, there are two groups of researchers at play when it comes to predatory publishers. The first group is made up of researchers who might be considered “prey” – those who unwittingly fall victim to the ploys of predatory publishers. These researchers submit their paper for publication only to find that their work has been hijacked, part of their limited budget has been squandered on (often hidden) publication fees, and their careers have been compromised by this association with a fraudulent publisher.

The work of the FTC and news of their victory over OMICS will hopefully go far in protecting those who are unaware of the existence and deceitful nature of operations such as OMICS, and will educate them on the warning signs and help them steer clear of ever becoming involved going forward.

However, what (if any) impact this decision will have on the second group of researchers, those who knowingly use predatory publishers to advance their career or for other professional gains remains to be seen.  The reason predatory publishers have been able to flourish and grow exponentially is that there is an insatiable market for their services due in large part to the ‘publish or perish’ system forced upon academics. The publication of research papers is at an all-time high with estimates of close to two million papers published each year, with little in the way of a quality control system in place. Predatory publishers have simply identified and capitalized on an opportunity for illicit profit.

The focus on research and publication needs to be on quality and not quantity. Publication records need to be vetted and researchers held accountable for the outlets they choose for publication.  The respective bodies of knowledge for many fields are compromised and diluted by the dissemination of junk research. Unqualified candidates are getting hired, promoted and tenured on the backs of their ginned-up publication records. Predatory publishers and these researchers who support them are coming out ahead, while academia and knowledge are losing out.

Despite the decision against OMICS, certain researchers have been and will continue to look for shortcuts to publication. The onus is on administrators, department heads, funders, and academia at large to change – not just the process by which academics are measured by moving away from the “publish or perish” mindset, but also the methods used to monitor and vet research and publication activity.

The FTC’s victory may go a long way in reducing the number of researchers who can honestly say they were unaware of a problem with the journal they chose, but it will do little to stop those who are willful participants in this process without wholesale changes from other key stakeholders.