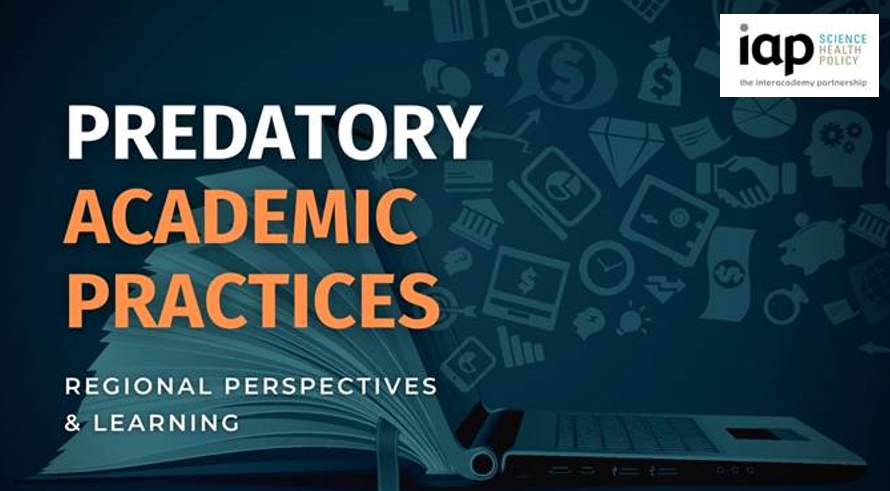 No Hiding from Predatory Menace

If you thought predatory publishing had had its day and things were improving, there is bad news. As Simon Linacre reports, there is even more bad news and surely worse behavior to follow in the coming weeks and months. However, the InterAcademy Partnership’s ongoing project studying predatory journals and conferences aims to educate researchers on how to identify and avoid these dangers.

As we wind down to the end of what has been yet another tumultuous year and some of us look forward to the various holidays and celebrations that lie ahead, it is common for us to reflect on what has gone before and look forward to what a new year may bring. Particularly against the backdrop of the global pandemic and dangers of climate change, it would be comforting to look at some issues that may be close to being resolved or at least lessened in their negative impact.

Just don’t look to the fight against predatory publishing activities for any relief.

In a year that has seen Cabells’ Predatory Reports database pass 15,000 journals, a major study has started to release its findings from its global investigation into predatory journals and conferences. The InterAcademy Partnership (IAP) is an international network of scientific academies collaborating on issues to provide trustworthy advice and guidance. In the last 18 months it has tackled predatory activities as one of its projects, releasing some initial findings earlier this year. These showed that from a survey of over 1,800 academics on 112 countries:

The full report is currently at the peer review stage and due for release early in 2022, with a research article also in the works. IAP believe that one of the main things it has learned from the study is that researchers in all countries, at all stages of their career and in any discipline can be vulnerable to predatory practices, and as a result raising awareness is now a vital mission for IAP.  In this vein, it has announced it is running four regional webinars through its IAP Regional Networks and one global webinar with The World Academy of Sciences (TWAS), both with the Global Young Academy, focused mainly on the research community.

Tickets for the free webinars are now available and open to everyone. If we can’t end the year on a high note with respect to predatory journals, at least we can try and ensure ourselves and our networks are as aware as possible of this dark phenomenon.