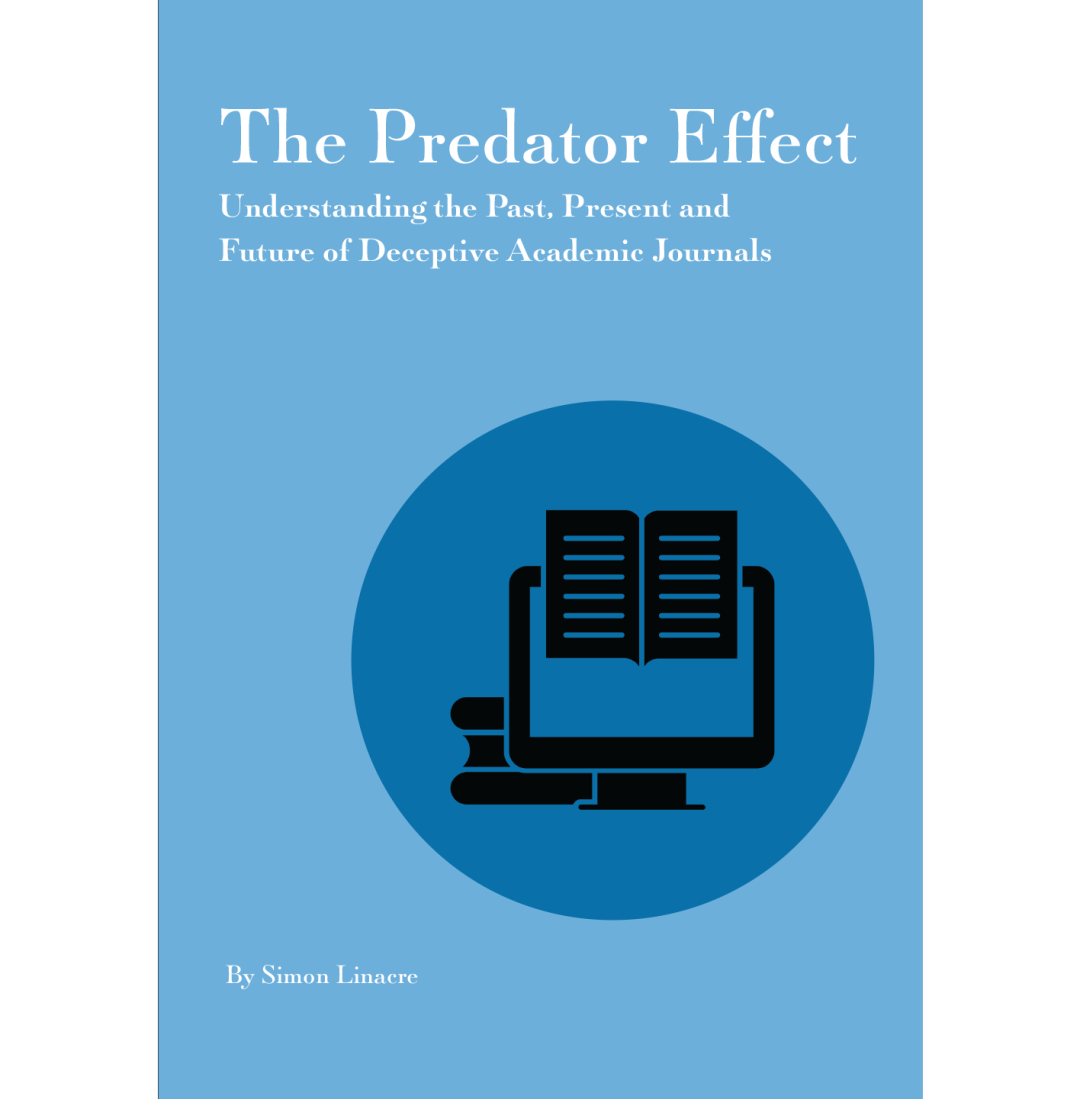 The Predator Effect: Understanding the Past, Present and Future of Deceptive Academic Journals

During his time working at Cabells, predatory publishing practices turned into a near obsession for Simon Linacre – so much so, he wrote a book about it: The Predator Effect. Here he shares details of the book, and how predatory journals could form part of a publishing ethics crisis.

In a recent conversation with a senior academic regarding publishing ethics, the discussion veered between predatory publishing, paper mills, paraphrasing software and the question of whether an article written by AI could be regarded as an original piece of work. Shaking his head, the academic sighed and exclaimed: “Retirement is starting to look pretty good right now!” The conversation demonstrated what a lot of people in scholarly communications feel right now, which is that at this moment in time, we are losing the arms race when it comes to research integrity and publishing ethics.

In the last year, we have seen the number of predatory journals included on Cabells’ Predatory Report database approach 17,000, thousands of articles be retracted by major publishers such as Wiley and IoP, and major scandals, such as one I worked on with Digital Science company Ripeta, where one author was responsible for dozens of plagiarised articles. The concern is that many more articles might have leaked into the scholarly communications system from paper mills, and this coupled with leaps in technology that enable students and authors to buy essays and articles generated by AI without lifting a finger themselves. Now wonder older scholars who didn’t have to deal with such technologies are shaking their heads in despair.

These issues can be rather abstract as they don’t necessarily translate into tangible impacts for most people, but this also means they can be misunderstood and underestimated. For example, what happens when an individual reads about a cure in a predatory journal and tries to use it and makes the condition of a patient worse? Or what about someone qualifying for a position based on coursework they cheated on? There are numerous instances where a breakdown in ethics and integrity can cause major problems.

More broadly, the whole fabric of trust that society has in academic research risks being undermined with so many options open to bad actors if they wish to buck the system for their own ends. We have seen this with the fateful Wakefield article about the MMR vaccine in the 1990s, the effects of which are still being felt today. That was an anomaly, but if people ceased to believe that published research was trustworthy because of these numerous threats, then we will indeed be in a perilous position.

The scale of these problems can be seen in three recent publications, which I discussed in a recent talk at the ConTech 2022 Conference in London:

While each of these publications offers some sobering findings in terms of the problems faced by scholarly communications, they also offer some hope that technology might provide some solutions in the future. In terms of predatory journals, this means using not only using technology as one solution, but using multiple solutions together in a joined up way. As I say in the book:

“Using technology to improve hygiene factors such as legitimate references may be another strategy that, if adopted together and more widely, will have a significant impact on predatory journal output.” (Linacre, 2022)

Concerns around trust in science are real, but so is the anticipation that technology can show how scholarly communications can move forward. As a former publisher, I thought technology could easily solve the problem, but thanks to working at Cabells I understood much more work is required in equipping researchers with the right tools, knowledge and know how to avoid predatory journals. In the past, collaboration in the industry has often been slow and not fully inclusive, but this will have to change if a breakdown in research integrity and publication ethics is going to be avoided.

Simon Linacre is Head of Content, Brand & Press at Digital Science. He previously worked at Cabells as Marketing Director and for 15 years at Emerald Publishing, where he led its management journals program. View all posts by Simon Linacre