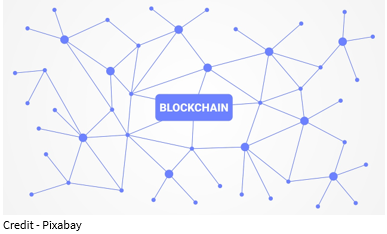 The impact of blockchain tech on academic publishing

As blockchain technology continues to branch out well beyond the cryptocurrency world that initially brought it into being, it’s becoming clear it has many potential applications in education. In all likelihood we’re still in the early stages of the technology’s emergence in this field, and the applications will only continue to expand. Even now though, there are some interesting examples.

Perhaps most notable is that student records are becoming easier to keep track of and maintain securely because of blockchain technology. From basic information, to academic transcripts, to notes on course and extracurricular activity participation, there is a lot of information that educational institutions need to maintain and monitor. This can all be made a great deal easier if the information is entered into an incorruptible digital ledger — particularly when the time comes that the information needs to be transferred from one administrator or school to another.

Another important use is in the distribution of degrees. This is a process pioneered via digital diplomas from multiple universities, and has clear benefits for graduates, recruiters, and prospective employers alike. Turning a degree into a digital document turns it into a component of what we might almost refer to as an electronic résumé, making it easier for recruiters and employers to access and verify. The same practice may also become particularly useful with regard to online degrees where there is no in-person component to education. Business education in particular has developed very quickly online, with both online bachelors in business administration and MBAs leading candidates into fields growing far more quickly than other job markets.

These examples — keeping student records and turning degrees into digital documents — cover much of blockchain’s expansion into the realm of academia. Our primary focus here, however, is on another application that tends not to generate as much attention – or at least hasn’t yet. It has become clear that there are also various ways in which blockchain tech can significantly impact the world of academic publishing:

While most people probably see academic publishing as a straightforward business or a by-the-book process, there are certain issues and inefficiencies that can come into play. These might include plagiarized materials, predatory journals, or any number of other problems. But in a world in which academic publishing occurs via the blockchain it could become easier for the agencies involved to ensure document integrity and spot these kinds of inefficiencies.

There’s a great deal of talk in general about data storage on the blockchain. To sum it up, the idea is essentially that blockchain solutions may rapidly supplant both in-house data storage and cloud storage options. It can make data harder to hack yet faster to access, and in theory it can provide virtually limitless storage. This is typically discussed with regard to healthcare and larger industries, but it could affect academic publishing as well.

The perks just described ultimately amount to a more accountable and higher-quality academic publishing environment. By extension, it could well be that in time, academic journals and other resources that are not published within a blockchain environment are representative of lower quality or less official status. This may not happen in the short term, however, a degree of exclusivity based on practices that could gradually become an industry standard can be a positive step. The blockchain would begin to serve almost as a filter for quality academic practices and publications.

Some academic publishers are already experimenting with the idea of utilizing blockchain technology to help peer review processes. Two of the problems of peer review are the sharing of multiple versions of documents to different people and the security required for double blind peer review. Blockchain systems could enable secure sharing with the benefit of certifying the results of peer review for all those involved.

Finally, academic journal authors may also find that the blockchain can be useful as a means of controlling distribution. Particularly in the modern world where people find so many ways of bypassing paywalls, downloading material freely and so on, it’s easy enough for valuable research and published material to essentially lose its value. Blockchain distribution for published material has the potential to swiftly address this problem, in that said material has to be obtained as the author and/or publisher determine it should be.

In all of these ways and more, blockchain technology is poised to be every bit as important in academic publishing as in other aspects of academia. And it’s likely that the full range of benefits still has yet to be determined.

JBrannam is a writer and professional blogger. View all posts by JBrannam